We Vancouverites consider ourselves some of the luckiest people in the world. We get to enjoy a bustling cosmopolitan city and live remarkably close to nature. The sea, mountains, and temperate rainforest are right at our doorstep, making Vancouver an extremely livable city that attracts millions of tourists every year. For many visitors from abroad, no trip is complete without seeing some exotic Canadian wildlife. While many will flock to the many national, provincial and regional parks near the Greater Vancouver area, encounters do occur within the city. Although sightings of large animals such as coyotes, black bears and even the occasional cougar do happen in suburban neighbourhoods, it is possible to view wildlife safely and in their natural, yet urban, habitat. Here are some suggestions to help you check off those exotic Canadian animals from your bucket list.

Although an urban park, Stanley Park is truly a wild haven at the heart of the city. With over one thousand acres of dense forest, wetlands and lakes, it is home to many native and introduced species of mammals, such as beavers and river otters (look for them around Beaver Lake and the Lost Lagoon). However, it is the over 200 species of birds that make wildlife viewing exciting, especially in the spring. While duck, gulls, and Canadian geese are ubiquitous, look for nesting pairs of bald eagles and great blue herons high up in the trees. Even though there are only about five bald eagle nests and ninety great blue heron nests, they are fairly easily seen nesting or flying around the park, lakes and seashore. 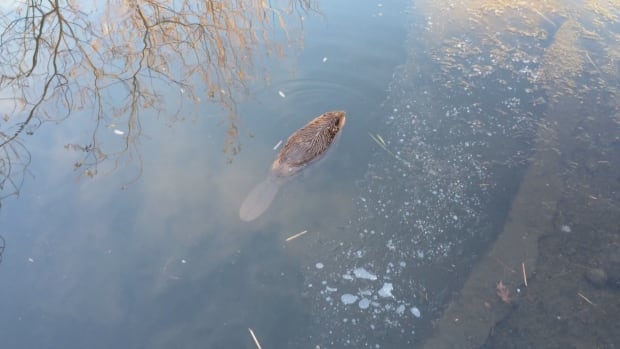 Many other city parks are home to wild populations of birds and mammals; Hinge Park in Olympic Village has been home to a beaver or two this past winter. While it might take a bit of luck to see a beaver, the dam they built in the pond is hard to miss. In Vanier Park, Kitsilano, it was a family of river otters that were seen this past winter  frolicking in the pond.  Further afield, Burnaby Lake Park is another great bird-watching location, with great blue herons, eagles, raptors and numerous species of waterbirds wading in the lake. Parks further from the City of Vancouver may also be home to larger wildlife such as coyotes, deer, black bears and even cougars!

If you wish to view some large Canadian wildlife safely and within minutes of downtown, you can head up to Grouse Mountain and visit the Refuge for Endangered Wildlife. There you will find Grinder and Coola, the two resident grizzly bears who were both rescued fifteen years ago and have just come out of hibernation. Towards the base of the mountain, you will also find Alpha, a timber wolf who was once in the movie industry. You can learn all about these animals and more by catching a Ranger Talk, or attending a Birds in Motion demonstration, where you will get to witness the impressive hunting skills of Grouse’s birds of prey.

Vancouver’s famous seawall stretches from the Burrard Inlet to Stanley Park and all the way to Point Grey, making it Vancouver’s favourite urban features. While out for a walk or bike, the seawall can also be an opportunity to see some marine wildlife – and we don’t just mean the everyday seagulls! You may find other birds such as cormorants and great blue herons perched by the water, as well as harbour seals swimming or poking their head out of the water. You can often find them near marinas, such as in Coal Harbour or at Granville Island, where fishermen sometimes feed them. On rare occasions, whales may visit Vancouver’s harbour and may even be seen from the seawall, such as Bigg’s killer whales looking for some seals, or last summer’s grey whale that was seen over a few weeks within meters of the seawall. This past couple of weeks, a humpback whale has been seen in the harbour, so if you don’t have the chance to get out on a boat, you may still get lucky.

Photo By: Hello BC

The best place to see whales, however, is aboard a whale-watching boat heading out of the harbour into the Strait of Georgia. Although trips do go out year round, mostly from Victoria, we are now approaching the prime whale-watching season. Boats will mostly be on the lookout for killer whales, the iconic black and white British Columbian species. Killer whales are often found in groups called pods that can contain three or four to over thirty. Humpback whales are also frequently found during the spring to early fall  as they head north to feed in our waters. Other species frequently seen around Vancouver include harbour and Dall’s porpoises, seals and Steller sea lions later in the season. Whale watching is also a great chance to appreciate the coastal beauty of British Columbia, with terrestrial species such as deer and even eagles!